The autism researcher firing up TikTok: A Q&A with Ben Rein | Spectrum

The autism researcher firing up TikTok: A Q&A with Ben Rein | Spectrum

neuroscientist Ben Rein never intended to get into science communication. But simple frustration drove him to it after a shopping trip in early April of 2020, he says.

Rein saw so many people wearing face masks improperly that he decided to use the video-sharing app TikTok to record a 53-second clip. In that clip, he explained how to properly don a surgical mask — Something he did regularly as a then-graduate student in neuroscience at the State University of New York at Buffalo.

“I was intending to just create a video that I could post on my personal Facebook and Instagram,” Rein says. But when he checked TikTok a few days later, the video had gone viral, with millions of views.

“I felt that impact of instructing people on how to wear a mask, and therefore maybe saving lives,” says Purenow a postdoctoral researcher in Robert Malenka‘s lab at Stanford University in California, where he studies the neural basis of social behavior. If nothing else, he says, “I thought this could be a really great platform for me to educate about neuroscience.”

Since that post, Rein has uploaded more than 200 videos to TikTok and garnered 684,000 followers. He specializes in debunking pseudoscience, such as the claim that people use only 10 percent of their brain, and answering questions such as “Where do ‘brain cells in a dish’ come from?” He has even received recognition as a finalist for the American Association for the Advancement of Science’s Early Career Award for Public Engagement with Science. 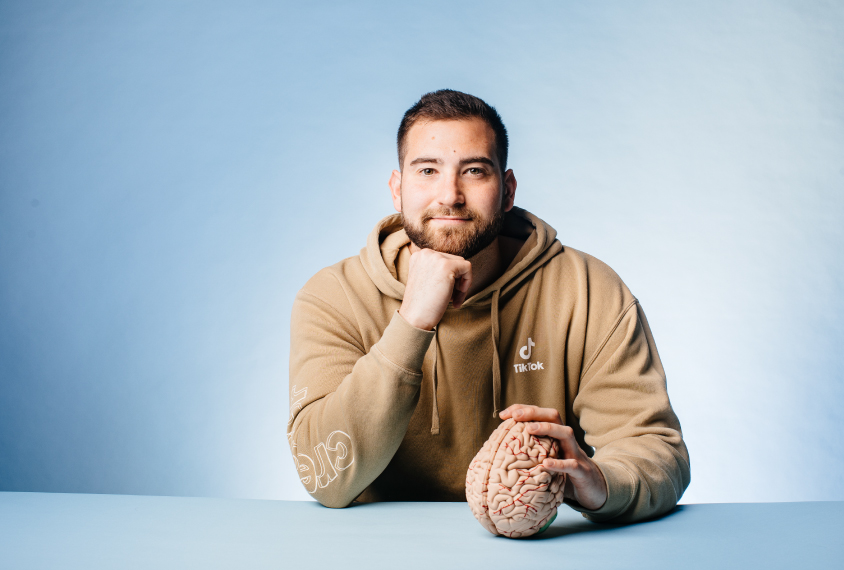 Spectrum spoke with Rein about his colliding worlds as an autism researcher and social media influencer, and how he feels about fighting science misinformation.

This interview has been edited for length and clarity.

Spectrum: What kinds of reactions do you get when you talk about autism research on TikTok?

Ben Rein: I’ve heard it all. Good and bad.

If I talk about, for example, therapies for autism, I’ll get direct messages — people will say, “Please, whatever you can do. I need you to enroll my child in the clinical trials. We need help; please help us.” And then I have other people saying the opposite: “It’s repulsive for you to propose that autism should require any form of therapy.”

All of my research has been focused on studying mechanisms of autism in mouse models, so I haven’t had an opportunity to truly connect with the autism community like I wish I had. So having a chance to interact with the world and discuss the topic of autism has been very eye-opening.

S: Has that changed how you talk about autism research in your videos?

BR: Yeah, I’ve adapted my own perspective and my presentation style. There might be a really interesting Nature paper [on an autism therapy] that comes out, and it’s a breakthrough, and I might want to make a video on it. But I will get people who are angry with me for even talking about it. So, I’m always conscious of that, and I make a point to mention that these types of therapies that are in development are for those on the spectrum who may want treatment.

I’ve begun trying to educate the people who are really gung-ho about treatments, by saying, “You should be aware that maybe not everyone wants these treatments.” But I also often feel like an imposter because I’m sort of speaking on behalf of the autism community without actually being a part of it.

S: A lot of your videos fact-check claims such as “Sugar is more addictive than cocaine” or “you need 400 repetitions to build a synapse.” Do you think you’ve changed minds with those posts?

BR: People don’t comment and say, “Thank you, you’ve changed my mind.” That doesn’t happen. But I like to think that sometimes I might change minds. And more importantly, if something is controversial enough that I need to change someone’s mind, then I think more than a TikTok will be needed.

What I’m largely going for is an opportunity to address a potential misconception hub before it gets out of hand, and before it convinces too many people of something that’s just not true.

Being a scientist who has studied autism, I have personally seen the damage done by, for example, the now-retracted study that falsely purported to associate the MMR vaccine with autism. There are still many, many people out there who believe that, and I’ve addressed that in a video before and had mixed responses. But that has shown me how one misunderstanding years ago can continue to linger and have damaging effects.

S: How do other researchers react to knowing that you have hundreds of thousands of followers on social media?

BR: I was terrified — for probably about a year — that my colleagues would laugh and mock my social media use. So I kept it very quiet. I hid it from my colleagues. And eventually it started to leak out. I would go to work, and someone would say, “I just saw you on TikTok! What the hell? You haven’t told anyone about this.”

And it turns out, much to my surprise and delight, people are actually really happy and excited about this stuff. Most people are like, “It’s relatable and it’s fun, but it’s also accurate.” 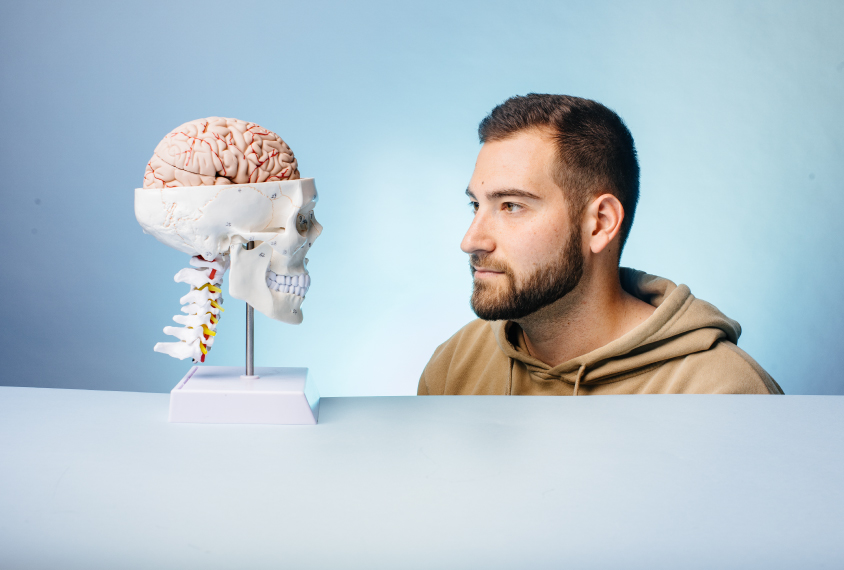 I always thought that traditional academic scientists would find it silly, but it turns out that many, though not all of them, recognize the importance of connecting with the general public.

@dr.brein Life of a neuroscientist studying the genetics of autism #research #science #lab #fyp #learn #biology #new #crazy ♬ Vibe (If I Back It Up) – Cookiee Kawaii

S: How do you balance making videos that are fun, but that also properly represent the science?

BR: That’s a challenge: capturing all the detail and nuance of science, while leaving out so much.

I work really, really carefully to make sure every word spoken in a 45-second clip is entirely accurate. It’s all about finding the perfect way: How can I take this five-figure paper and summarize the findings in one 10-word sentence that doesn’t sensationalize or misrepresent the findings?

I worry about being inaccurate. And I have been called out once or twice — luckily, they were minor things, and I of course corrected them and posted response videos.

S: What advice do you have for other researchers who are looking to engage more with the general public?

And always write a script. You want to make sure that your wording is very careful. You want to be delivering the message concisely and without jargon.

I’ve made probably 1,000 videos on TikTok, and the first 200 were really bad. I’m not saying the new ones are good either — it just takes time to learn how to do these things, so practice is really, really essential.