Past the Bench: A dialog with Ofer Yizhar | Spectrum

Past the Bench: A dialog with Ofer Yizhar | Spectrum

Ofer Yizhar photographed war zones before he ever pictured a mouse brain.

Today, the former Israeli Army documentary photographer is Professor of Neurobiology at the Weizmann Institute of Science in Rehovot, Israel, where he builds tools – such as modified proteins and neural probes – to manipulate and monitor neural circuits using pulses of light.

Yizhar is working at the forefront of a neurotechnology called two-photon optogenetics, which enables researchers to simultaneously stimulate and monitor neural circuits, even in moving mice. He uses this technology to study the neural circuits that underlie autism and other complex diseases.

Yizhar was fascinated by neurotechnology as a PhD student at Tel Aviv University after reading an article about manipulating neurons in a fly with chemicals and light. In 2008, while on a postdoctoral fellowship in Karl Deisseroth’s laboratory at Stanford University in California, he developed optogenetic tools to accomplish the same thing in the mammalian brain.

Yizhar spoke to Spectrum about the books that sparked his interest in neuroscience, his long runs across the desert, and how he sketched scientific work to tell a story. 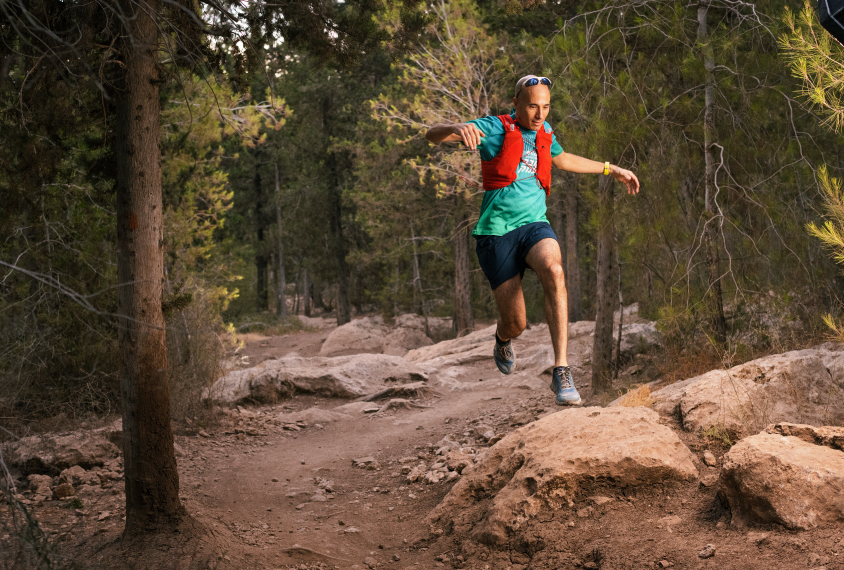 spectrum: What did you do before you became a scientist?

Offer Yizhar: When I was in high school I was sure that I would become a professional musician. I was a music student and played the piano for many years – still do, but a lot less than I would like. For me, however, a lot has changed. I went to the army for three years because Israel has compulsory service and after that I wasn’t sure if music was right for me. Instead, I became a military documentary photographer in the army.

After leaving the army, I worked as a photographer for some time and I was sure that I would be a professional photographer for the rest of my life. But then I’m fed up with that too. My interest in neuroscience started after reading two books and a friend mentioned that the Hebrew University of Jerusalem has a new degree that combines psychology and biology. So I came to neurobiology at the age of 23.

S: What were the two books?

GMBH: One of them is “The man who mistook his wife for a hat” by Oliver Sacks. That really sparked my imagination – how the brain perceives the world and how changes in the brain’s networks can lead to behavior changes. The other book is by an Israeli scientist, Peretz Lavie. It’s called “The Enchanted World of Sleep”.

GMBH: I’ve been interested in optogenetics for 15 years. Part of my group is working on the development of new tools for manipulating neural circuits. Specifically, we are improving techniques for manipulating the brain with light and genetic engineering, and we want to use these techniques to meet the unmet needs of neuroscientists.

Another part of my group uses these optogenetic tools, along with behavior analysis and records of brain activity, to understand the mechanisms that drive complex behaviors such as social behavior, learning, and decision-making, and to try to understand the circuits that mediate these behaviors. We have focused a lot on the prefrontal cortex, which is involved in learning and social behavior, as we understand few details about how these processes are achieved. What types of neuron populations control which behaviors? How do changes in the connectivity of these neuron populations or changes in their dynamics lead to changes associated with psychiatric and developmental disorders such as autism?

S: Whose work do you admire?

GMBH: The earliest experiment that really inspired me to develop tools to manipulate neural activity was done by Gero Miesenböck of Oxford University in the UK. He published a paper in 2005 in which he developed a sophisticated system to modify the neural activity of flies. It was a kind of optogenetics, but it required substances to be injected into the brain. He injected flies with molecules that, in combination with a receptor, could be used to modify the activity of a neuronal “escape” circuit in the fly. When he lit these flies with light, they flapped their wings because this “escape” circle was triggered by the light. This paper blew my mind and piqued my interest in neurotechnology. I want to advance technology so far that we can easily manipulate or modify the activity of circuits in the brain so that we can reverse engineer its circuits and better understand them.

However, Miesenböck’s technique did not really work in mammals. But Karl Deisseroth’s laboratory published a paper on channelrhodopsin proteins that could be built into cells, stimulated with light, and used to activate neurons. That got optogenetics going, and I realized that this would be a more workable approach to manipulating the mammalian brain. That led me to contact Karl and ask for a postdoctoral fellowship from him. Karl is definitely one of the scientists I admire, and that’s one of the reasons I joined his lab in 2008.

I also admire the work of Bernardo Sabatini of Harvard University, who studies how neural circuits form and change over time, and Leslie Vosshall of Rockefeller University in New York City, who works on mosquitos. Both do a great, brilliant job. I am always inspired by people who are very multidisciplinary, leave their comfort zone and develop new methods to ask new types of questions. 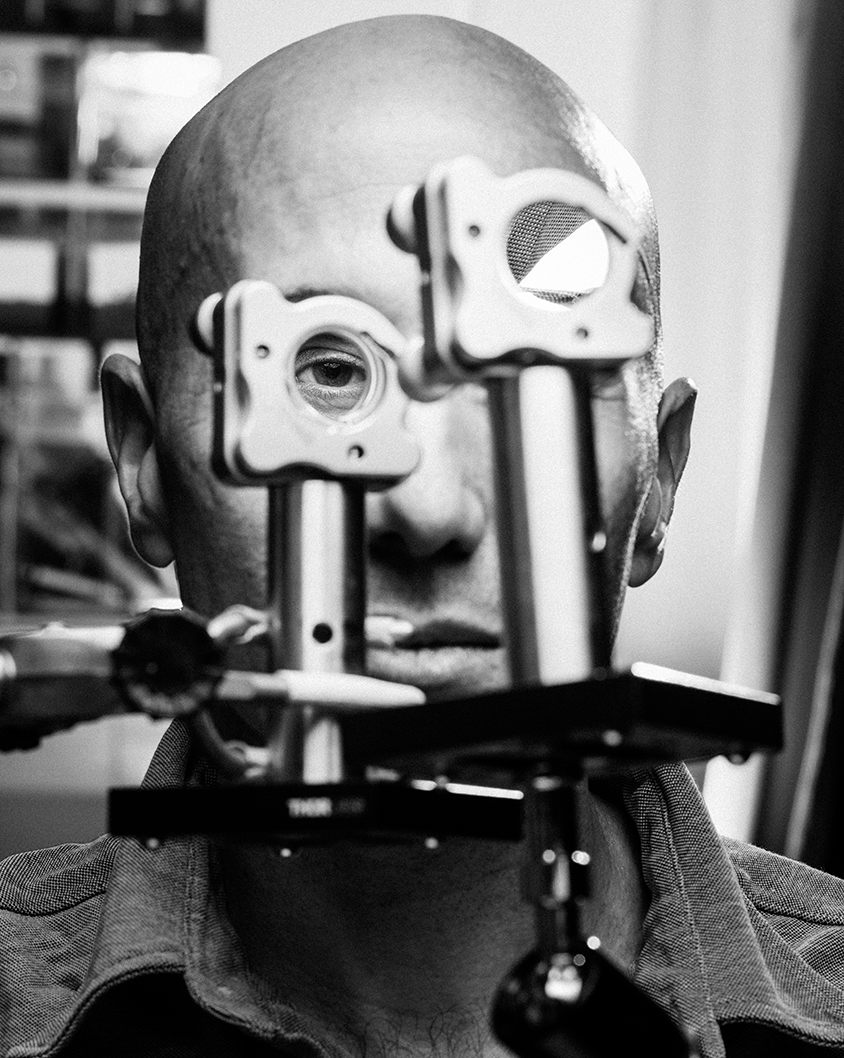 S: Do you have hobbies that help you think through work problems?

GMBH: My hobbies mainly do not make me think about work, or less so. I especially enjoy running. Over the past ten years I’ve run a lot and trained for marathons and ultramarathons. I run a little almost every day, usually in the morning because in Israel you have to get up early in the summer to escape the heat. I used to play the piano more often than now. Since the house has always been full for the past year with my kids stuck at home due to COVID-19, it was hard to find the quiet time for music, but I also find myself more preoccupied with the simplicity of running.

GMBH: In general, my favorite area is the desert. It is wonderful. If you are there at the right time there are really incredible places to see. It is completely calm. You can walk for hours without seeing anyone. That’s a big plus in such a dense and overcrowded country. For my midweek runs, I usually stay in my city and walk 10 to 15 kilometers (6 to 9 miles). On the weekends I usually meet up with a friend or two and we run in the mountains near Jerusalem.

S: What does a typical day look like for you?

GMBH: In the summer, which in Israel lasts roughly from May to November, I get up at 4:30 or 5:00 a.m. and go jogging at 5:30 a.m. I’ll be ready at 7:30, take a quick shower, send the kids to school and sit down at the computer to do deep work. It is this concept, based on a book of the same name, that talks about how the modern world prevents us from taking time to reflect deeply and focus on tasks. The book explains how you can avoid interruptions and basically manage your time. So I use this “deep work” time to write essays or scholarships or to think more intensively about problems I am confronted with. I’m turning off my email, messages, and phone. From 11:00 a.m. the world starts pounding on the door. In the afternoons I talk to people, meet with students, and go to all kinds of meetings. I usually go home at 6 or 7 p.m., meet up with my family and go to bed early.

S: What’s on the whiteboard behind you?

GMBH: We use the whiteboard to tell papers. I like to think visually, so we print out all the figures or figure boards in a study, hang them up on the whiteboard with adhesive tape and plan the construction of papers.

S: Are there any lab jokes you can share?

GMBH: I had two people named Mathias (Mahn) and Matthias (Prigge) in the laboratory. They were both German, both fantastic and both very tall. My lab manager who is a bit shorter would ask her for help getting things on the higher shelves. After Mathias and Matthias left the group, we bought a laboratory stool so that the laboratory manager could reach everything. We have named the chair Ma