A young man, only 20 years old, died during an operation to repair his flap arm, and news outlets reported it all over the place. I saw the New York Times article on Facebook and read it with grim curiosity. When I read that he had suffered a blood clot, my curiosity grew grimmer. Just last week, the CDC canceled an emergency meeting to discuss heart problems in young adults who had undergone Co-Vaxx treatment. The J&J brand has been temporarily discontinued due to suspected blood clots. The Astra-Zeneca brand has had reports of blood clots. So, with this basic information in my head, I boldly commented with respect and without awe to ask if the young man had recently been vaxxted with. He is a ball player at a university. It is obvious that it was him. But oh how I sparked commentators! Do you see the horse in the photo, kids? This is Roy Rogers’ faithful horse named Trigger, I thought a real gun trigger would be inappropriate. And social media is less likely to close a post with a photo of a horse.

Check out the comments on my comment on Facebook below. NYT Vaxolytes can’t even handle the mere mention of a side effect. They immediately got the old “What’s YOUR degree, lady?” “STFU!” How dare someone who is not an epidemiologist comment on side effects! I thought this was an interesting comment that was probably made by a pharma troll. Lots of syllables in epidemiology for the average reader. You can hear the cognitive dissonance rattling around in their brains. Guys, guys, guys, I have a PhD in vaccine injuries.

That is what we are dealing with and what has been bred into people for the last two decades. Vaccines CANNOT be questioned even if the likelihood of a connection is sky high. 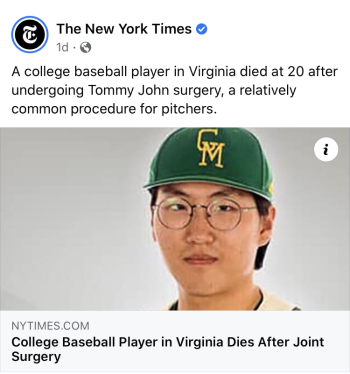 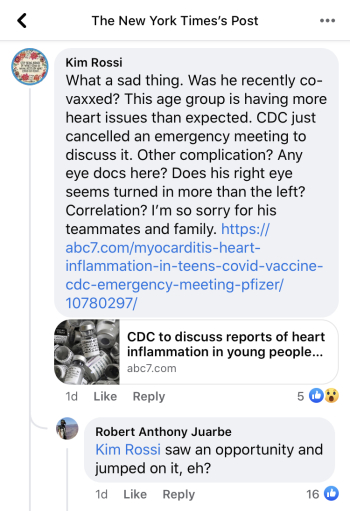 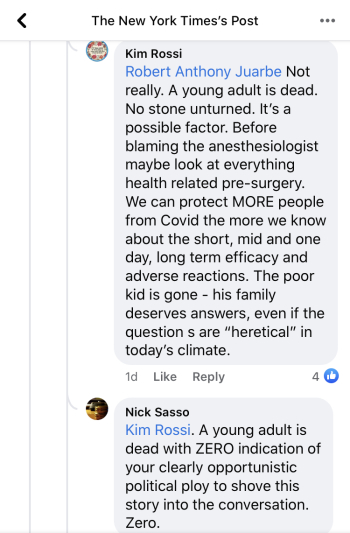 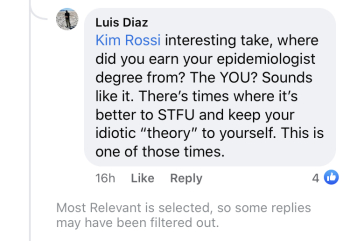