Earlier this week, I checked out Twitter and checked our notifications. What caught my eye was the photo we use in Anne Dachel’s amazing posts cataloging the monstrous rise and cost of special education around the world. Then I read the tweet and thought, “Hey, I know that name.” For many years I had to think back to a collegial conversation that she and I had. Jill has an organization called the National Coalition for Severe Autism. Here at AofA we keep saying that the more severe versions of autism have been completely buried by neurodiversity. I would consider any organization that focuses on people like many of our readers’ children as an ally. The tweet says otherwise. Below is my exchange with Jill.

I no longer intervene at the curb level. I’ve survived the worst kind of verbal and written abuse from trolls on the internet. Below is our exchange. 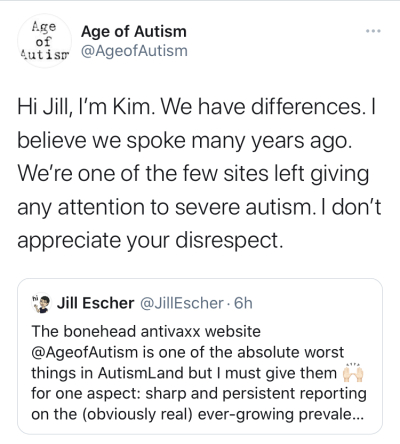 Wacko Antivaxx nonsense is pretty heavy, but we all here have the strength to carry it to the end of our lives, we will never drop it. 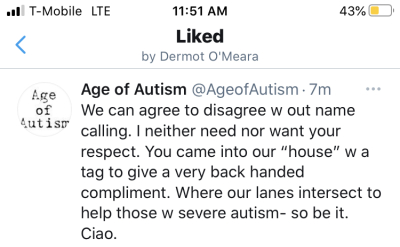 Golly Geewillikers, Jill pulls out the big guns. Ridiculous! Scolds! Mockery! And the most popular sign of the refusers “PSEUDO-SCIENCE !!!” (You have to say that in your best Monster Truck announcement voice. 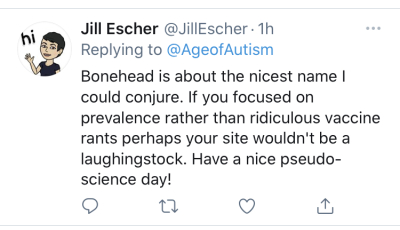 We’re not going anywhere. If you can swing it, shoot us a donation. There are far more jills and shills than dollar bills in our world. Many Thanks. Bone Head Betty, also known as Kim.